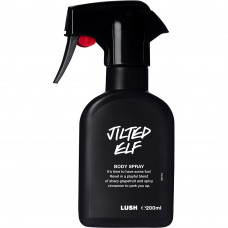 Revel in this playful blend of sharp grapefruit to perk you up, and spicy cinnamon to get the blood pumping. Don't leave this one behind this Christmas...

How to use:
Spritz all over the body, avoiding the underarm area, for an instant pick-me-up!

We have been fighting against animal testing since before we opened our first shop, and the fight continues today. We test products on humans and promote, fund and use alternative testing methods entirely animal and animal-product free.